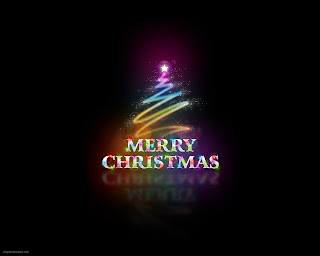 This year, we were on the boat for Thanksgiving, as documented HERE.
Which means we are also on the boat for Christmas. Yippy!
I have also mentioned that we tend to get a little stir crazy sitting at anchor. Proof located HERE.
So with a little bit of free time, you end up getting my take on a holiday classic.

'Twas the night before Christmas, and all through the tug,

the only thing brewing, was the coffee for my mug.
The lines were all carefully stowed, everything ready for sea,
while thoughts of being home with family were entertaining me.

The tankermen were nestled all snug in their beds,
while visions of cakes and cookies danced in their heads.
And the Engineer in his coveralls, and I in my watch cap,
had just been awoken from our off-watch nap

When out on the boat deck there arose such a clatter,
I sprang from the wheelhouse to see what was the matter.
Away to the window I flew like a flash,
turned on the deck lights and opened the hatch.

As the spotlight shone on the water, as it did churn,
gave the lustre of midday to an object just off the stern.
When what to my wondering eyes should appear,
but an overtaking motorboat, overloaded with gear.

With a little old helmsman, so lively and quick,
I knew in a moment it must be Saint Nick,
Alongside he came, with not even a bump,
he boarded our tug with a most graceful jump.

Now Moran! Now Reinauer!
Now, Hornbeck and Kirby!
On, Bouchard! On, McAllister!
On, Buchannan and Crowley!
From the Port of Houston!
To the Long Island Sound!
To ports near and far,
Is where you are all found.

He was dressed in foul weather gear, from his cap to his boot,
and his clothes were all tarnished, like an engineer covered in soot.
A very large ditty bag he had flung onto his back,
and looked a lot happier than any crew that was returning back.

His eyes—how they twinkled! Range lights not nearly as bright!
His cheeks were like roses, like the deckhand’s on a winter’s night.
His droll little mouth was drawn up, a bright smile to see,
and the beard on his chin was a white as a following sea.
He was chubby and plump, a right jolly old elf,
and I laughed when I saw him, I was reminded of myself.
The stump of a pipe he held tight in his teeth,
and the smoke it encircled his head like a wreath

He spoke not a word, but proceeded straight to the galley
He restocked all the grub, refreshed the coffee as a finale
And laying his finger aside of his nose,
and giving a nod, out the engine room door he goes.

He sprang to his boat, to the pilot gave permission
And away they motored, into the expansive ocean
But I heard him exclaim, as they proceeded to some far away slip,
“Merry Christmas to all, and to all a safe trip!”

Posted by Chronicles of Crew Change at 12:25 AM