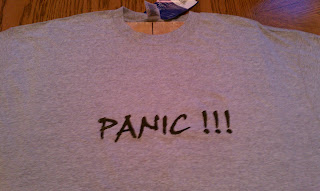 Well, it's Hurricane Season. That means it's time to figure out where Jim Cantore is going to wind up next. Quick hint: If Jim Cantore or any other member of the Weather Channel shows up in your town, you're screwed. Just screwed.


It is also time, if you work on a boat, to become the amateur meteorologist that you have always dreamed of becoming. Why not? Can't do much worse than the paid professionals.


So let's take a quick look back to the 2012 Hurricane Season predictions so far.


Hurricane Season officially starts on June 1st. That being said, there were 2 tropical storms that formed even before June 1st. Well played Mother Nature, well played.


Tropical Storm Alberto formed off the Carolina coast on May 19th and spun around off the coast for a couple days with winds up to 50 mph before dissipating.


Tropical Storm Beryl formed on May 26th in much the same area as Alberto after traveling over Cuba and the Caribbean Islands.. It was also forecast to stay off shore and not intensify very much. Unfortunately, the storm didn't get that memo. It strengthened to winds of 70 mph, just shy of the magical 74 mph that is a hurricane, and came ashore near Jacksonville, FL. Wellborn, FL got dumped by upwards of 15 inches of rain. It then turned north and spurned tornadoes over NC and flash flooding in Florida, Georgia, and the Carolinas. It then “went safely out to sea”. Which is the one phrase that drives me crazy and made me write this post.


Sure, the hurricane/tropical storm/nor'easter, whatever, is no longer over land and affecting the people living there. But I'm a merchant mariner. My job is at sea. So when the storm goes “safely out to sea” that means, if I'm the general vicinity, I'm going to get my ass handed to me. It's not a good time. We spent last summer working in the Gulf of Mexico. When Tropical Storm Arlene spun up in the Gulf last year we spent 4 days circling in the eastern Gulf waiting for the storm to pass. We had 15 foot seas and were no where near the center of circulation. Since we were in the Gulf we had no way to communicate to our loved ones that we were going to be delayed crew changing in Houston by 3 days. So the office agreed to call our wives/girlfriends/both etc. to notify them of our delay. If you want to create a moment of panic and chaos at your homestead, have your office call your house for seemingly no particular reason. Do not lead with... “Everything is okay, but...”


So “safely out to sea” isn't. At least not for me and my compatriots who live and work on the ocean.


Okay, back to our regularly scheduled program.


The third storm this year was named Chris. It formed off the New England coast and was predicted to remain just a tropical storm with winds around 40-45 mph. Fast forward a few days and we have our first hurricane of the season. Oops. It's still spinning around off the New England coast becoming an “extra-tropic storm” at the last update we got. But who cares? Because that storm is also “safely...” Well, you get the point.


This summer we are once again working in the Gulf of Mexico. Currently, all eyes are looking towards “an area of interest” off of Cuba. We have gotten three weather alerts for this particular storm. Our first one said it was going to become a tropical storm and hit Brownsville, TX today at 10 PM. The second said it was going to become a low pressure system and head for Texas, Mississippi, or the Florida panhandle. Yeah, that just about covers the whole entire area. Way to narrow it down. The third, today's best guess, has it becoming a low, heading towards Louisiana, and then having a 25% chance of taking a right and heading for Florida. Or, it may take a left and head completely in the opposite direction heading for Texas. Once again, covering all the bases. I guess, technically, if you forecast it that way you can never be wrong. So we may get a beating. Or it might be partly sunny. Only time will tell. Can the National Weather Service go 0-4? I'll let my amateur forecasting skills take over until then.


My son and I were talking about the weather last year.. After a lengthy discussion he turned to me and says, “So the weather man just guesses.” Pretty much, buddy. Pretty much. Seems as though he has got it figured out already. Not bad for a seven year old.

Ninja Edit: Well I do believe we can safely say the NWS blew the forecast on that one. I will update the standings to show 0-4 for the season. Let's see how well they do on the next one. Until then, we'll keep our eyes to the skies and a grain of salt to go with anything that comes from the National Hurricane Center. There is a reason why we like to say the NWS forecast is "Not Worth Sh!t". I'm pretty sure the residents of the northern and western coasts of Florida will agree.
Posted by Chronicles of Crew Change at 1:55 PM