That’s just good advice, right there.
This advice is also brought to you today by my six year old daughter.
Just the other day my wife recanted a tale of said six year old, scolding her for texting while in the car. Now granted, she was stopped at a red light, but ‘Lil’ Suzy Safety’ had to make her feelings known that even a six year old knows that texting while driving is a REALLY bad idea.

Now, how does this relate to crew change on a tugboat?
Patience, grasshopper.

Once again, crew change was screwed up.
I’ll wait a second while everyone feigns shock and disbelief.

Upon arrival in Houston I met up with The Boss. The first words out of his mouth, “Crew change is screwed up.”
This is the point where I feigned shock and disbelief.

The boat was anchored offshore. They had been unable to enter the port due to f-o-g. Or “Limited Visibility” as we like to call it. Just because it sounds a little cooler and also that we are a bit superstitious and try not to use the “F-word”. Or course we use the other F-word constantly. We’re sailors, damn it!

So they were offshore, and aside from swimming out to the boat, the only way to get there was by launch boat. However, our launch boat (remember these poor guys) had looked at the sea conditions and decided that a repeat of the #1 Stupidest Crew Change EVER! was probably a poor decision and had pulled the plug on us running offshore.  And since stringing a bunch of 2x4’s together to build a raft was also voted on as being a poor alternative, crew change was going to be screwed up.

Hotel rooms were booked. Phone calls were made. People were informed. E-mails were sent.  Everyone was prepared to get aboard the boat the next day.

All of you weather aficionados will like this part... What happened was, a Cold Front moved through the area bringing with it showers and thunderstorms.  Along with the rain it brought a sharp decrease in the temperatures. After the front went through, the wind switched around from the warm southerly breezes to a cooler northerly direction. Which then helped to push the warm moist air out of the area and thereby lifted the f-o-g. Take that, Cantore!

What it meant for us was, the visibility had lifted, the pilots were able to sail the ship that was in our berth, and our boat was able to proceed into the port where we could do crew change on the fly by launch boat.

Seems simple enough.
Except, by this point, we were already on the road. The Boss was on his cell phone with the office. The boat. The agent. The launch boat. The port security. The pilots. The dock.  The hotel. And just about anyone else who had a phone. The good thing was, he wasn’t driving.
The bad thing was, the driver (who was supposed to be driving, it’s right there in his job title!) was on the phone with all of those people as well.

He was texting and calling all kinds of people. Getting directions to the new dock where we were supposed to meet the launch boat. Playing with the navigation program in his phone. Showing The Boss that it was only 0.8 miles from the turnaround to whatever the hell the next road was. Zooming in on the road to show us where the grocery store was in relation to the dock we were going to. Etc. etc.
Doing basically everything, except for DRIVING!

We were all over the road. Getting WAY too close to tractor trailers doing 70 miles an hour. Drifting from one lane to the next. Straddling the white line between lanes. Doing 60 mph. Then 85 mph. Then playing with his phone to put some head banger music on the radio. Telling us that he likes M&M’s and that certain stores don’t have the good M&M’s. Basically, doing everything that you shouldn’t be doing while driving.
It was very reminiscent of THIS.
Amazingly, we made it to the launch boat without ending up upside down in a drainage ditch surrounded by alligators.
And then proceeded to wait for a couple of hours for the boat to get to where we were waiting for them.

At least we got to talk to the guys from the launch boat. Reminisced about the old times. Getting their point of view concerning the #1Crew Change of Death! Swapping sea stories. Mariner type stuff. I might have even convinced them to start reading the blog.

Eventually, we managed to find our way aboard the boat. A few hours late. A few more gray hairs (like I need any more). And just a bit wiser.

But I think we all learned a very important lesson today.

That’s just good advice.
Even from a six year old. 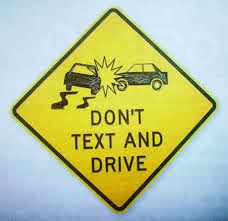 Posted by Chronicles of Crew Change at 3:54 PM