Corpus, You Never Disappoint Me

As frequent readers of this blog know, Corpus Christi, Texas is one of my favorite places to crew change. Although, I have recently declared Lake Charles, LA as our New #1, Corpus Christi has once again tried to claw it's way back to the top spot.

We all arrived for crew change at the Corpus Christi airport early. We had just spent Thanksgiving at home and wanted to make sure that we avoided the holiday crowds and got our reliefs off the boat and on the way home to their families on time.
The trouble started with them being anchored offshore. Normally, this isn't a problem (well, unless you count all the times where the weather conditions tried to kill us). For some reason, no one wanted to take us out to the boat in a launch. So even though we were hours early for crew change, we had to wait for the boat to come into the port and arrive at the dock.
So what do 7 guys do in order to kill a few hours with nothing to do? Naturally, you go to Walmart.
Also, naturally, this is a REALLY bad idea.

There is only so much to see and do in Walmart. Of course you also had to add in the Black Friday crowds as well. Nothing good could come out of this. And it didn't.
We looked at rice cookers. Checked the prices on all of the big screen TVs that were on sale. Bought some deodorant and shampoo. Wandered around the whole store checking out all of the 'Made in China' stuff they had. And made fun of all of the Walmartians and Walmutants that were out in search of bargains.
Eventually, we found our way over to the section that had Christmas clothing. This is where, by this point I'm sure, that the store security had every single camera in the store pointed at us. They had Santa hats. Some weird cow hat. T-shirts and sweatshirts. But what really caught my eye was this...
I bought it.
Other members of the crew bought similar outfits. They also had this...
Which, in retrospect, it was a really good thing that no one bought. Because on a boat, a purchase like that can quickly degenerate into something like this...
Alas, you can only spend so much time perusing the goods available in Walmart. So we went to McDonald's. Conveniently located in the back of Walmart. And proceeded to order 21 double cheeseburgers. And 2 Holiday Pies. Which caused some funny looks. Which, I can only assume, was due to the quantity of Holiday Pies.

A quick call to the boat revealed that they were going to be delayed even more in their arrival at the berth. Unfortunately, we had exhausted our patience level in Walmart and decided a different locale would be a better place to wait a few more hours. It was decided that the lobby of  the local Holiday Inn would make an acceptable location.
You would think that a lobby of a Holiday Inn at 10 o'clock at night on the day after Thanksgiving would be a quiet place to kick your feet up, right? Wrong.
As we proceeded to grab a few spots on the couches at the hotel, a wedding broke out. That's right, a wedding. Right there in the lobby of the Holiday Inn. How romantic.
I told you Corpus was trying to edge it's way back into First Place.

After killing a few more hours at the hotel, we went back to Walmart to do our grub shopping for the hitch. We were going to take it nice and slow and kill some more time before we could get on the boat. That didn't work out so well either.
34 minutes to buy 2 weeks worth of food.
A NEW RECORD!
Damn it!

As we were checking out another quick call to the boat revealed that they were going to be even more delayed getting into the dock. More time to kill. But now with a van full of food. So off to the dock we went anyways.

When we got to the terminal, the rent-a-cop security told us that we couldn't enter the terminal until the boat arrived. So we pulled into the parking lot ( in reality, a grass field) to wait. Whereupon the driver, in one smooth fluid motion, managed to put the van in park and pull out his iPad immediately, in order to watch RED2 on, what can only be described as VOLUME LEVEL 9,684!!!!! I just wanted to close my eyes and take a nap. 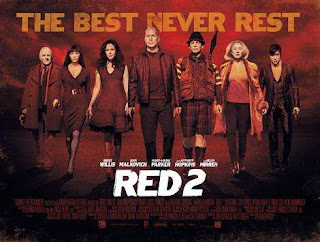 Eventually, after more than 9 hours of trying to waste time, the boat arrived. The other crew sprinted by us in order to try to get to the airport in time to make their flights going home.

So much for getting to the boat early.

Posted by Chronicles of Crew Change at 1:33 AM