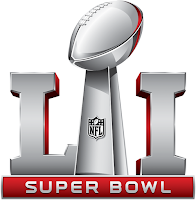 The Super Bowl is tomorrow. Once again, my beloved New England Patriots are making an appearance in the NFL's season finale. Roger Goodell has no choice but to watch Tom Brady and Bill Belichick once again go for the Lombardi trophy. I can't wait. 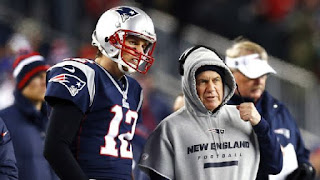 Problem is, I'm on the boat. I would much rather be at home terrorizing my family, screaming at the television, and throwing pillows around the living room in excitement as I did the last time the Patriots were victorious in Super Bowl 49. I never did find that pillow I threw.

Alas, there are bills to be paid, so here I am at work. I tried to get one of my friends to bring me a New England Patriots flag down to the boat so I could fly it from the mast tomorrow to show my support. After some promising sounding messages from a couple of local friends, the end result of a Patriots flag flying high from the yardarm ended in futility. Schedules didn't match up and no flag was able to be procured for the BIG game. To be fair, my parents were willing to drive 3 hours to deliver a flag to me but that sounded a bit extreme.

So I won't have a flag on the boat, but we are still preparing for the game one way or the other. One way we are getting ready is through a well thought out, highly organized list of menu items for tomorrow. We purchased a deep fryer for the galley this hitch. We thoroughly tested it last weekend by dialing in just the perfect amount of seasoning and fine tuning the cooking time for the most delectable chicken wings this side of Hudson Canyon. Also on the menu is meatballs in a fine reduction sauce slowly simmered in a crock pot for hours. Currently, the Chief Engineer is researching the perfect recipe for batter to be used for deep frying Oreo cookies, brownies, candy bars, and whatever other sort of food item that seem like it would be delicious if it happened to be slathered in batter and deep fried to a golden-brown, crispy perfection. The list could literally be endless. While we were making up our grub list earlier this week I was both absolutely horrified by some of the items that were being written down, and yet somewhat intrigued by the same items as to what sort of concoction that we would be able to come up with. A healthy diet this list would not make.

Which brings me to my latest Million Dollar Idea. Similar in scope to my last couple of Million Dollar ideas. Namely, purchasing a tank and selling rides in said tank for a minimal fee. Or my long time dream of opening up a Bacon Restaurant where everything on the menu contains bacon of a varying degree.

Now I'm pretty sure that someone out there has already come up with such a thing. Similarly, I know that there are already Bacon Restaurants, and places to drive tanks. However, as with most things that come out of my head, this Tugboat Cookbook will have it's own kind of flair. My own personal touch to it.

Page 1.  Nothing in this cookbook shall be construed to be considered healthy in any way, shape, or form.

Page 2. CPR instructions. Links to the National Red Cross, the American Heart Association, and directions for First Aid, including the Heimlich Maneuver and use of an AED.

Pages 3 thru... whatever. Recipes that are delectable in every way, yet horrendous for you in every way.
You know, tugboat food.

In the last few years, great strides have been taken to improve the lives of mariners through proper rest schedules and healthy eating. As a crew, we try to eat healthy and exercise. It's a work in progress. But with all diet and exercise, you have to allow yourself a "cheat day". Tomorrow just happens to be one of those days.

And yes, the "cheat day" irony is not lost on me. I get it. New England Patriots, cheat day. Funny.
But let me end with this.

Here is a list of all players that have played in seven Super Bowls:
TOM BRADY.

If you need me tomorrow, I'll be watching the Patriots in the Super Bowl while deep frying a cookie and serving it on ice cream. Should be on page 17 in the Tugboat Cookbook. 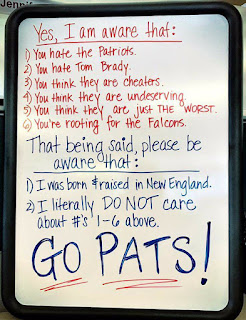 Posted by Chronicles of Crew Change at 7:25 PM